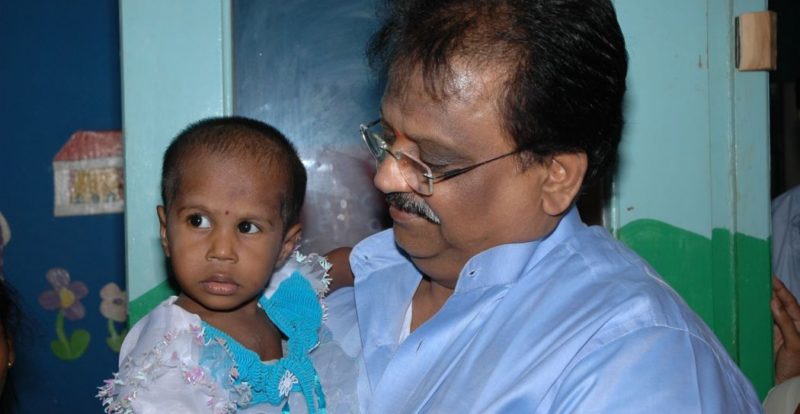 Today(15/June/ 2008) is a very special day for Us. As per the mail to our group members, the following members were at Kalaiselvi  Karunalaya around 9.30. Ashok & his family, Prasanna, Mr. Srinivasan from Tirupathi,  C.Balaji, S (Singer) Balaji, Dr. Prakash (new member) & Udhya Banu. My self & Mrs. Madhu  went there around 9.40 a.m. Around 10.00 Mr. Giridhar came there. We were expecting the  legend’s arrival there. Our legend came over there around 10.10 am. The building named by ‘Angel House’ that belongs to Kalaiselvi Karunalaya  located at Magapair, is for babies only. Everybody in that building were excited by seeing  our legend. He visited the place and had a talk with the concerned people in that  organization about the babies and also about the medical treatment which was given to some  of the babies who actually needs those kind of special treatment. Some of the voluntiers  belongs to various part of our country and also from other countries also presented there. Our legend spent about an hour there. We have distributed the materials that was procured  for them through our trust.

Afte that we all went to the nearest temple, ‘Sri Santhana Srinivasa Perumal’  along with our legend and had a very nice darshan there. The temple people gave a warm  welcome to our legend and they asked our legend to distribute some of the note books and  writing materials to the poor school going children which they have already bought around  worth of Rs. two lakhs or them. Our legend did the same for some of the students there. And  also he sang few lines of Sanskrit slokas as requested by them. After that we all went to the old age home located at Mogapair, also belongs to ‘Kalaiselvi Karunalaya’. There our legend gave a very nice speech about the old age home and  also about the people who allocated their valuable time to serve those people. His speech was very touching. After that our legend has started singing, ‘Nilavale yennidam’ by  changing some of the original lyrics and put the proper words that suits for the old age  home instantly. Then our group members also started singing, about two songs as chorus that  includes ‘Naanaga naanilai Thaayae’. I don’t have words to express my feelings to you all  during that time. I think Prasanna & Ashok will the better choice for that. Our legend has  spent nearly about three hours with us today.

Again and again he has proved that he is good hearted human being by his attitude in many ways. Thats all I can say as of now. 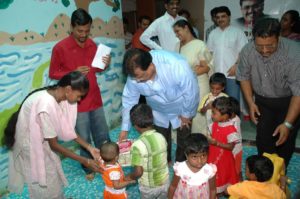 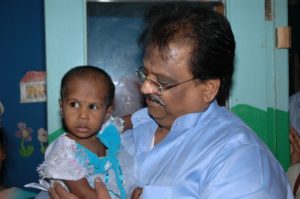 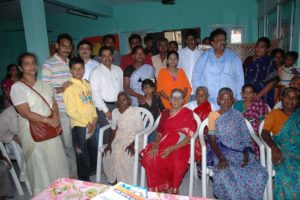